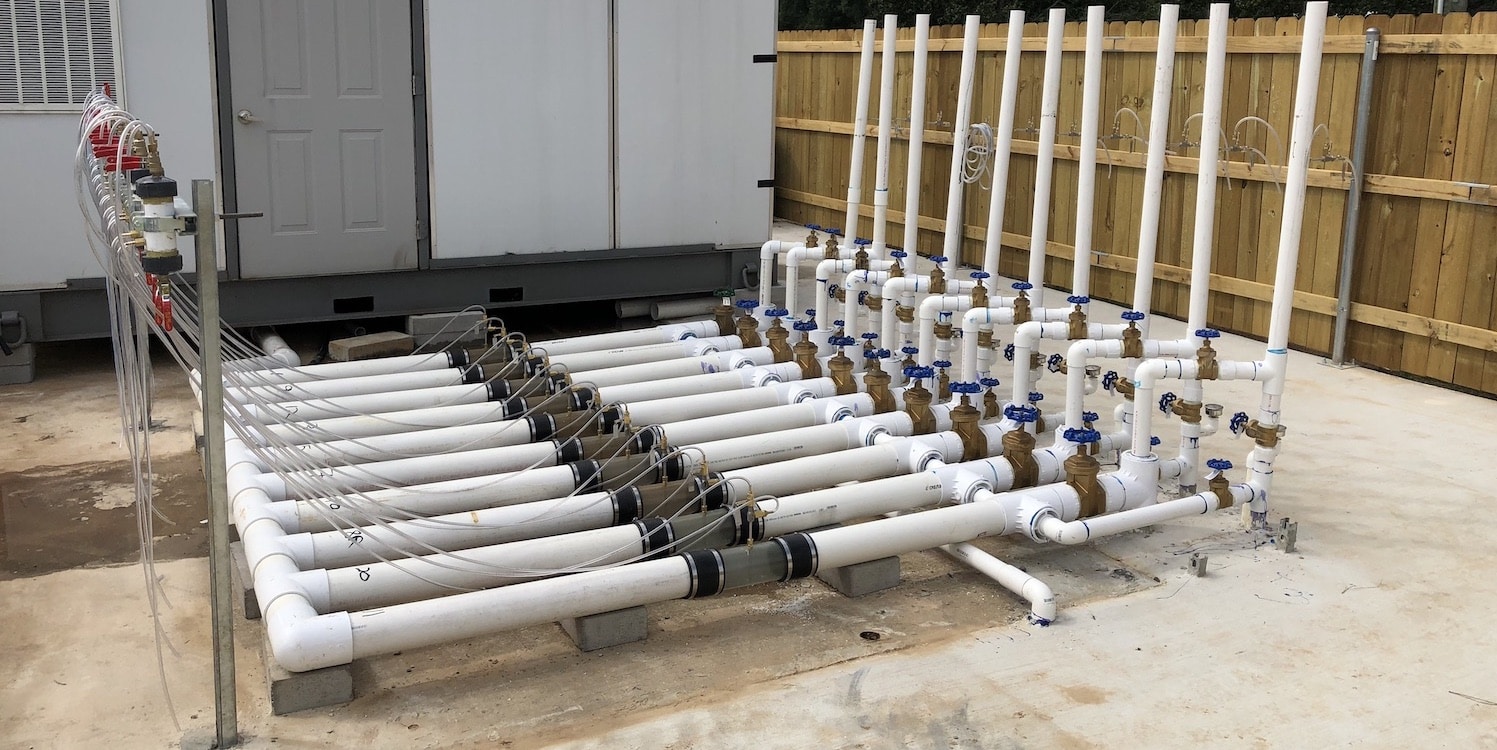 PPM was retained by a major energy company to assist with remedial efforts at an odorant release site on the Gulf Coast where contaminants released to groundwater had migrated almost half a mile from the source area onto offsite properties. The first phase of the project included a review of historical data, chemical fate and transport, effectiveness of the current pump and treat remediation system installed along the downgradient property boundary, and predicted time and cost to achieve site closure. The second phase of the project included performance of pilot studies to evaluate the following:

The preliminary SVE pilot test provided positive results and these findings were used to design and implement a more comprehensive Dual-Phase Vacuum Extraction (DPVE) and insitu chemical oxidation (ozone sparge) pilot test. The findings from these tests indicated that SVE and ozone sparging would be an effective means of remediating site soil and groundwater, and PPM designed and installed two separate systems to address the area where the release occurred (source area), and the groundwater plume between the source area and the existing downgradient pump and treat system. The following tasks were completed:

One remediation system was brought on line in the fall of 2020, and the second in January 2021. After 18 months of operation, the groundwater plume size was reduced by 90%. Concentrations continue to significantly decrease, and PPM’s solution is anticipated to significantly reduce the time to achieve site closure.