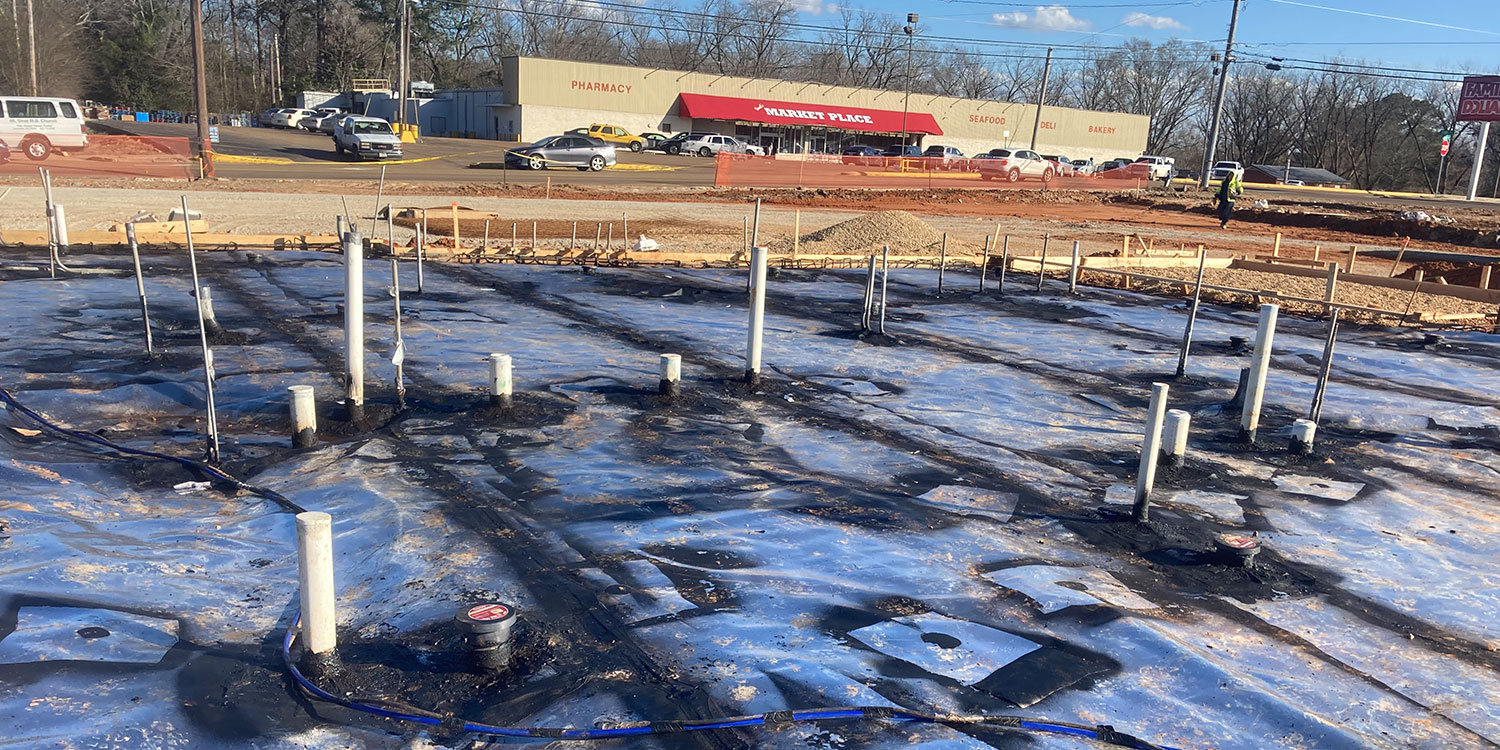 PPM Consultants has the experience and expert understanding to assist clients with all their environmental needs. Here’s just one example of how we helped a client in Louisville, MS, get back on track after the discovery of harmful substances at a building site.

At a site being evaluated for the development of a national restaurant chain, a Phase II Environmental Site Assessment (ESA) revealed the presence of chlorinated solvents and free product weathered gasoline in the shallow groundwater. These contaminants were attributed to the operations of a former auto repair facility and gasoline station.
Soil gas samples were collected by PPM in the general vicinity of the planned restaurant to evaluate the potential for vapor intrusion. Soil gas concentrations for volatile organic compounds were detected at concentrations that exceeded the applicable EPA Vapor Intrusion Screening Level (VISL) for a number of contaminants of concern.

Coordinating with the general contractor for the construction of the new restaurant, PPM oversaw the design and installation of a vapor intrusion barrier and passive sub-slab vapor venting system. The Corrective Action Plan (CAP) developed by PPM also included the following comprehensive measures:

With cleanup design and oversight by PPM, the national restaurant franchise was able to construct a 3,716-square-foot restaurant on the property, representing an investment of $2.25M intothe community and the creation of 45 permanent jobs.