The Unintended Consequences of Environmental Policies 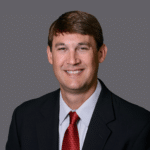 There is little doubt that the price you’re currently paying for your automobile fuel, electric power, or heating bills isn’t on the rise (especially for those in the Northeastern US and the United Kingdom). It’s also hard to imagine that you haven’t seen or read multiple news stories this winter—covering events both at home and abroad—where communities are dealing with record setting energy bills, utilities are going bankrupt, or the fuels that are being used to generate heat or power have been replaced with those that are less environmentally friendly.

Regardless of your political affiliation or your stance on the environment, a common thread through all these situations is that environmental policy decisions have far reaching, and often unintended impacts on the consumer, public and private industry, and even state/federal governments.

The following are some current examples of how energy/environmental policies have good intentions but are flawed in some way and don’t take into account all the facts, or over predict what role renewables will play or even when they’ll be able to provide reliable/sustainable power. I think we can all agree that we want clean air and water, but the vast majority of us aren’t willing to go without electricity or we simply have limits on what we’re willing and able to pay.

Cart Before the Horse – A Case Study in New England

You may have heard that utility rates in New England are far above the national average. All the while, the area has access to cheap, abundant, clean-burning natural gas from the Marcellus and Utica Shale basins. You may also have heard that a recent cold snap across the Northeast required New England States to burn more oil and coal than natural gas, or that New England states import vast quantities of LNG (often from Russia) to meet their needs during the winter.

One may find it surprising that an area of the county known for promoting “clean energy” received a whopping 24% of their peak power generation from fuel oil. Yes, I said fuel oil! Power generation from fuel oil was right up there at the top, trailing nuclear by only 1% and coming in third to natural gas at 31%. “Renewables” came in at 8%. That “renewables” category contains wind and solar, but interestingly enough, the category also includes energy from the burning of refuse (i.e. garbage and wood) which is more emissions-intensive than compared to that of natural gas.

Maybe even more surprising, or even shocking to some, would be the fact that despite the access to the nearby Marcellus and Utica Shale basins, New England states have actually imported LNG. In a time where the US has begun exporting LNG from terminals on the Gulf Coast, one would have to question why the US would import LNG from anywhere, especially from the Yamal facility in Russia.

Considering the US Treasury Department has existing sanctions aimed at weakening Russia’s energy sector (put in place after Russia’s 2014 annexation of Crimea), and a Russian invasion of Ukraine seems to be imminent today, importing LNG from a facility (majority owned by Russian company Novatek) is puzzling to say the least.

While the Crimean annexation-based Treasury sanctions forbid any financing for projects belonging to Novatek (Russia’s largest independent producer of natural gas) the LNG tanker made a rather circuitous trip to Boston, and the LNG changed hands multiple times en route, which made tracking the money and transaction even harder. A full recount of the LNG shipment, that is more complex than you can envision, can be found here (LNG Article).

We can argue over who the US should do business with at another time, but this further proves the point that New England lacks safe and efficient pipeline infrastructure needed to carry natural gas from the region’s Shale-rich gas formations to meet New England’s ever-increasing demand.

The refusal of officials in New York State to allow the building of pipelines is partly to blame for these energy issues. Another component is the retirement of 1.2 Gigawatts (GW) of nuclear power in New England over the last five years. While the shift to natural gas and renewables is commonplace across the US, without sufficient infrastructure, the area’s increasing reliance on natural gas-fired power plants makes the region more susceptible to supply shortages and leaves oil and coal to fill the void that renewables simply can’t keep up with.

The FactSet article, As Temperatures Cool, Emissions Heat Up in New England, provides data on the daily power generation both from a fuel mix and emissions perspective. With more gas being routed to homes for heat, and a lack of additional pipeline capacity for New England utilities, utilities were forced to turn to more emissions-intensive coal and fuel oil.

Until some of the proposed offshore wind, solar, or energy storage projects move from “proposed” to “operational,” or the area changes their stance on the necessary pipelines that can connect the New England states to an abundant supply of natural gas, they will continue to rely on what are widely considered to be less desirable choices of fuel oil and coal.

While most efforts to move away from fossil fuels are well-founded, what is often labeled as “sustainable or renewable” falls short in delivering what was promised, and, as noted above, can actually lead to increased emissions.

The American Northeast is not the only region experiencing fallout from environmental policy decisions. The UK is in the midst of a highly publicized energy crisis where price increases continue to defy gravity. There are several factors that have contributed to the crisis, but it is hard to overlook the UK’s 2017 decision regarding natural gas storage.

In 2017, the UK Government chose to close the country’s main gas storage site off their east coast, citing costly maintenance upgrades needed to keep the site going. The Rough storage facility provided 70% of the UK gas storage capacity for more than 30 years. In 2013, the then energy minister Michael Fallon said the decision to allow Rough to close would save the UK £750m over 10 years. Instead of their reliance on the natural gas storage site, a diverse range of energy sources would ensure the public received “reliable supplies of electricity and gas at minimum cost”.

According to Jillian Ambrose’s analysis in the article, ‘Relying on luck’: why does the UK have such limited gas storage?:

“It was a matter of months after the closure of the Rough site that the UK’s energy operator, National Grid, issued a formal warning that the country did not have enough gas to meet demand during the freezing ‘beast from the east’ storm which battered the UK in March 2018. The gas market surged by almost 75% within the day. The country did not run out of supplies but analysts estimated that the cost of gas overall on the day of National Grid’s warning had climbed eightfold from usual levels.”

To make a bad situation worse, the cost of producing and purchasing electricity has skyrocketed, leaving in its path a number of bankruptcies and struggling utility companies. In an effort to stabilize the energy companies, the UK recently approved a record increase to the “energy price cap”—a regulation that limits the rate the utility can charge its customers. In April 2022, more than 20 million households across England, Wales, and Scotland will see an increase of 54% to their electricity bill. According to experts a similar increase is likely to occur again in October.

According to a February 3 BBC article, about 85% of UK homes have gas heat, and gas generates one-third of the country’s electricity. Prices have soared throughout a string of cold winters due to a relatively windless summer in 2021 which made wind energy difficult to generate. Compounding matters further, the lack of available gas storage forced the government and utilities to search outside the country (namely in Russia and other parts of Asia) for gas.

With such a reliance on natural gas, it is quizzical at best that the government would shut down their largest storage facility in an effort to save £750m over 10 years, especially when compared to $12 billion (£9 billion) “rescue package” Britain is putting together in an attempt to combat the price increases to each household. In hindsight, I suppose the £75m annual cost savings they projected in conjunction with closing their largest gas storage facility looks pretty trivial when compared to the price tag of a $12B rescue package. According to Charity National Energy Action, after the April cost increase, around six million households (or a fifth of all homes in the UK) will be classified as existing in a state of fuel poverty.

With Europe’s major gas supplier, Russia, engaged in a conflict with the US and other European allies over the Ukraine issue, it puts much of Europe between the proverbial rock and a hard place. A tough stance on the Russia-Ukraine situation could be yet another blow to European gas supplies and result in even higher prices or energy shortfalls altogether.

There are always going to be unforeseen consequences to policies, regardless of their nature, but it is hard to put a price tag on reliable, safe, and stable energy prices. When the cost of just about everything else in this world is going up, and the US has a surplus of natural gas, it seems as if we might need to look around the world and see how lucky we are. Moving towards cleaner fuel sources is going to happen, but it must be done responsibly, and if the move is too fast, we’ll end up like some of those in Europe, wondering how we let it happen.

Links to other interesting articles on this topic are provided below.

How Europe Triggered An Energy Crisis, And Now Is Paying Dearly For It

At PPM Co., we’re watching how the world reacts to ever-increasing energy demands so that you don’t have to. Let us help you navigate the newest developments in the evolving sector of our international energy needs. To learn more about how these, or any other, current events may affect your business, give us a call at 1-800-945-4834 or contact us here. Global issues require global perspectives. At PPM Co., we offer a perspective you can trust.